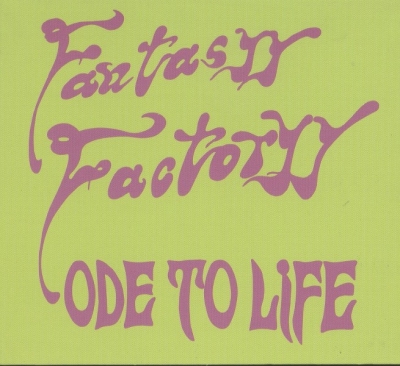 The music of Fantasyy Factoryy is deeply rooted in the sound of the 60s/70s psychedelic Underground scene. It´s handmade – it sounds original – it´s exciting. Fantasyy Factoryy have developped their own style, although it is possible to hear traces of the Jimi Hendrix Experience, Pink Floyd and even Jethro Tull. Genuine, but without denying the history of Rock music. The classical three-piece line up enables the musicians to display as many different atmospheres as possible. Guitar-dominated, but with a lot of improvisational interplay between the members, their soundscapes show that they reached their aim, which is to transfer positive aspects of the music of the past into the present.
So let's move back to their history...
Fantasyy Factoryy was founded in 1994 by guitarist, singer, songwriter Alan Tepper. After some time on the live circuit, he recorded his debut album ''Ode To Life'' with two studio musicians in the prestigious Sun Dial Studios in London (1995). The album was released on both vinyl and CD, as were nearly all Fantasyy Factoryy recordings so far.