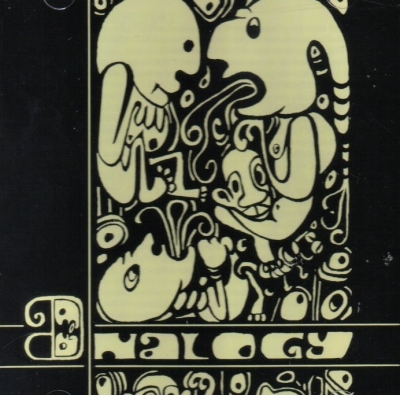 The Italian's may claim Analogy as a classic band from their 70's scene, though the truth is that they were actually German! Their debut LP (which became quite notorious because of the nude group scenes on the cover) was recorded and only released in ltaly, which would be the reason for such confusion. Analogy were of that genre some suggest as being inspired by US West Coast bands, though really they were very European, combining classical and space-rock elements, and fronted by a powerful unusual female vocalist. lf they could be compared to anyone, Earth & Fire and Sandrose would be favourites, not forgetting to point out an added Floydian spaciness, with lots of organ and guitars. Despite being an oddly balanced album, its reputation is certainly deserved.
After this various different incarnations of the band, under various names, existed. Whilst known as Earthbound (reputedly a new-wave band) they completed an ambition of Martin Thurn's, in the form of a lengthy symphonic opus. So, due to recognition of the Analogy album upon its CD reissue, this later recording was released under the guise of Analogy in 1993. A pleasant work, again notable for Jutta's vocals, but more laid-back, like early Renaissance
+ 1 bonus track
coloured vinyl pressing